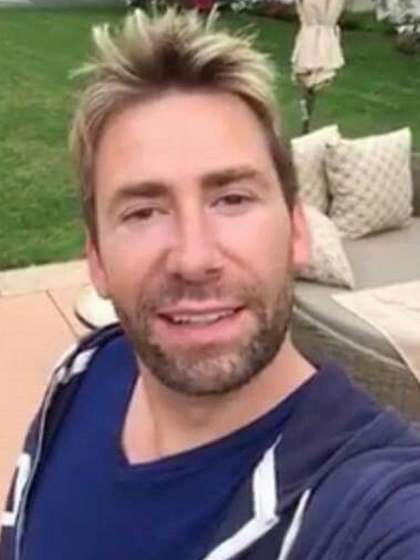 Compare your height to Chad Kroeger

Who is Chad Kroeger?

Chad Kroeger is a highly celebrated and accomplished singer, songwriter and guitarist starring as the frontman for the band, Nickelback. He is also a record producer and executive.

He earned a living by being a door-to-door seafood salesman and telemarketer as he left high school before earning his diploma.

With the guitar he had learnt to play since the age of 13, he formed a band with his brother, cousin and friend in the 90s called Village Idiot.

Asides lending his voice to Nickelback hits such as Far Away, If Today Was Your Last Day, Rockstar and Photograph, Chad sang the song Hero in the Music from and Inspired by Spider-Man album of the 2002 film. The song earned him 2 Grammy nominations amongst other accolades.

Chad is straight. His most celebrated romantic association was his 2013 marriage to Canadian rockstar, Avril Lavigne after dating for exactly 365 days. The couple however separated in 2015.

He had previously dated Marianne Gurick for 7 years from 2002 and also dated Kristen DeWitt until 2012.

He was born as Chad Robert Turton to an absentee father, Wendall Turton and wife Debbie. He adopted his mom’s maiden name, Kroeger. He has an older brother, Mike (band’s bass guitarist) and a cousin named Brandon (band’s former drummer).

Chad has described himself as spiritual but not religious. According to him, he just takes elements of several religions to form the code by which he lives by.

The band’s 2015 North American and European Tour had to be cancelled because he required surgery for a laryngeal cyst.

His own record label is called VI-0-IV Records.