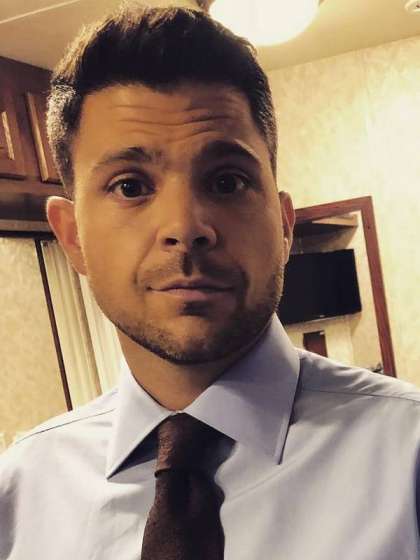 Compare your height to Jerry Ferrara

Who is Jerry Ferrara?

Jerry Ferrara is a famous actor, screenwriter and TV producer.

While in college studying theatre, he got encouraged by his lecturer to become an actor. He also got advice form an agent at a talent hunt show to relocate to Los Angeles, and soon earned bit roles on 3 TV series; That’s Life, City Guys and The King of Queens, all in 2000.

In 2004, his film debut, Cross Bronx, got featured in Tribeca Film Festival.

From 2004 to 2011, he famously played Turtle in the comic series, Entourage for which he gained nomination for 2 Teen Choice and 3 SAG Awards. He also stars in Power (2015-date).

Jeremy is straight. He and Breanne Racano have been married since 2017 after dating for 3 years. His last known romance was with Jamie-Lynn Sigler in 2008 for a year.

Outside these two, he has had affairs with Katie Cassidy and Brittny Gastineau.

There is not much information available concerning his family other than he comes from an Italian family.

Regarding Jerry’s religious beliefs, there is no information available at this moment.

His name at birth is Gerald Charles Ferrara.

He is a self-proclaimed superfan of all 3 major New York sport teams; Knicks, Yankees and Giants.

He is co-founder of a deli called Fat Sal’s.