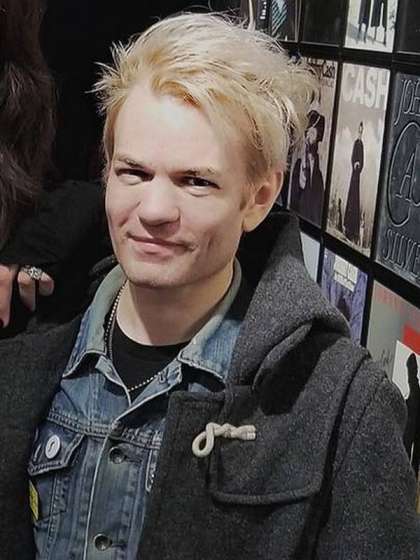 Compare your height to Deryck Whibley

Who is Deryck Whibley?

Deryck Whibley is a man of many talents. The frontman of the Canadian band, Sum 41 is a well-known singer-songwriter and producer.

He grew up uninterested in academia and sought solace in music. He learnt to play the guitar at the age of 14 and joined a band called Kaspir with his high school friends in 1996.

Their luck turned while performing at a War of the Bands and in 1999, got signed by Island Records on an international deal and released debut EP, Half Hour of Power in 2000.

He has gained tremendous commercial success with the band courtesy of songs such as In Too Deep and Grammy-nominated Blood in My Eyes.

As an individual, he is also famous due to his conjugal relationship to a globally famous rockstar.

He has also appeared as an actor in the 2005 film, Dirty Love.

Deryck is straight and is currently married to Ari Cooper since 2015. He was most famously married to Canadian rock sensation, Avril Lavigne in 2006 after dating for 2 years but the couple split in 2010.

He has previously dated celebrities such as Paris Hilton in 2003, Hanna Beth Merjos and Jocelyn Aguilar in 2013.

He was born to a teenage mom, Michelle and an absentee father but lived his life with his mom and his stepfather, Kevin Gordon.

Although Deryck is listed as a Christian, this claim cannot be verified. His wedding ceremony with Avril was performed in a non-denominational setting.

His middle name is Jayson but is fondly called by bandmates, colleagues and fans as Bizzy D.

A serious alcohol dependency problem landed him in an hospital in 2014.

He plays the rhythm guitar, keyboard and sometimes, drums.