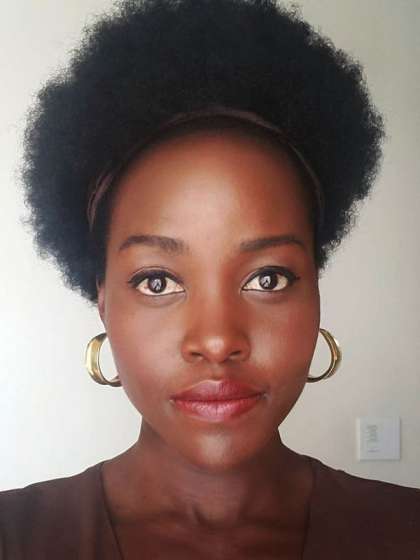 Compare your height to Lupita Nyong'o

Who is Lupita Nyong'o?

Lupita Nyong'o has found fame and success in Hollywood as an actress. The beautiful Kenyan of Mexican birth is also a model and an environmental and women rights activist.

She joined a repertory troupe in Nairobi called Phoenix Players and made her professional debut in a Romeo and Juliet rendition at age 14.

She worked as a production assistant for a few films made her Hollywood debut in 2008 flick, East River and appeared in Shuga (2009-2012), before earning a master’s degree from Yale.

She has appeared on many magazine covers including 4 times on Vogue and in 2014, became the first black celeb to be the face of Lancôme.

Lupita is straight but keeps her romantic affairs as a private issue. The only verified relationship she is known to have been in was with singer, K’Naan in 2013 which lasted for a year.

She is rumored to have dated Chiwetel Ejiofor, Michael Fassbender (12 Years a Slave co-stars) and Jared Leto.

Lupita is the second of the 6 children by Peter and Dorothy Nyong’o, including her brother, Junior. Her influential family includes her professor dad now a senator, her mom being MD of Africa Cancer Foundation and her cousins, Kwame and Isis who is recognized by Forbes magazine.

Lupita is listed as a Christian which is the most popular religion in her country, Kenya.

She can communicate in English, Luo, Swahili and Spanish.

Her middle name is Amondi.

People’s magazine named her the most beautiful woman in the world in 2014.