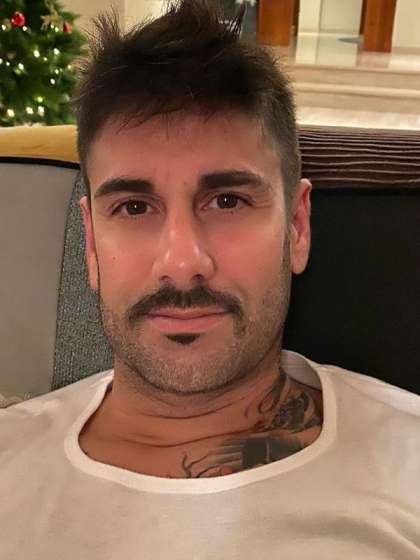 Compare your height to Melendi

Melendi is an immensely celebrated Spanish pop star. The singer and songwriter has entertained Spaniards and everyone with his rumba, flamenco and rock infused music.

He dreamt of becoming a racecar driver but realized early that he did not have what it takes and switched to soccer, playing for lower division side, Astur FC and reserves for Real Oviedo.

After abandoning soccer, he waited tables at bars and clubs. His music career began at age 22 when he joined El bosque de Sherwood and released 3 albums. His solo debut album was released in 2003.

Out of his 10 studio albums, 5 of them peaked at the top of chart and 3 at No 2. He is credited with the Vuelta a España theme song, Con la luna llen and other songs such as Tu Jardín con Enanitos, La Promesa and Destino o Casualidad.

On TV, he is also credited with the theme songs for game show Tu cara me suena and series, Abuela de verano.

Melendi is straight. He dated Miriam Martínez for 5 years from 2000 and was in an 8-year relationship with Dámaris “La Dama” Abad until their 2014 split. He has since been with Julia Nakamatsu.

There is no information regarding Melendi’s spiritual or religious beliefs.

During his youth, he was classmates and is best friends with F1superstar, Fernando Alonso. The song, Magic Alonso is dedicated to his friend.