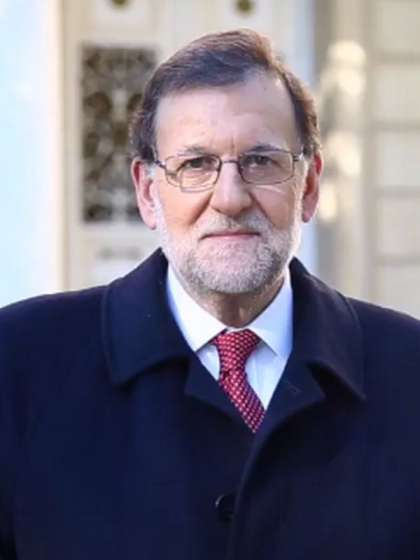 Compare your height to Mariano Rajoy

Who is Mariano Rajoy?

The Most Excellent Mariano Rajoy Brey is a name that has become quite eminent in the sphere of Spanish politics, widely known as the immediate past Prime Minister of the country.

He studied law at the Santiago de Compostela University and upon his graduation, sat for his civil service entry examination. At 23, he became the youngest property registrar in the history of Spanish civil service.

At 26, having spent a year with People’s Alliance, he became Minister of Institutional Relations of the Xunta de Galicia.

Until he was ousted by a no confidence vote in 2018, he was the Spanish Prime Minister for 7 years and leader of People’s Party since 2004.

Till date, he is the longest serving politician in Spanish government in the democracy era of Spain’s history. He has occupied ministerial offices for a record 40 days short of 14½ years.

Mariano is straight. He got married for the first and only time in 1998 at the ripe age of 41 when he and Elvira “Vivi” Fernandez Balboa exchanged their vows in a 1996 ceremony.

Mariano is one of the 3 sons of Mariano Rajoy Sobredo and Olga Brey López and his brothers are Enrique and Luis.

He fathers 2 sons with his wife; Mariano III and Juan Rajoy Fernández.

Mariano is known to be a Christian but there is not enough information to go with as regards to his devotion.

His political position is in favor of immigration, anti-egalitarianism, national history and is a zealous supporter of bullfighting.