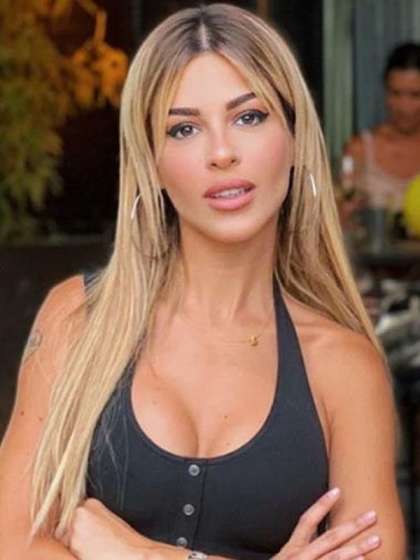 Compare your height to Oriana Marzoli

Who is Oriana Marzoli?

Oriana Marzoli has captivated the hearts of many across Spain and Venezuela as a celebrated TV personality, model and actress.

Although born in Venezuela’s capital city, she grew up in Spain but only had her first TV moment when she was 20 years on the TV series, Mujeres y Hombres y Viceversa in 2012 which has now become her most popular television work.

She also appeared on Primer Plano and Intrusos (both 2015).

Her most celebrated work on TV has to be the reality series, Mujeres y Hombres y Viceversa until she left in 2018 but has also starred other reality series such as Amor a Prueba (2014-15), Volverias con tu Ex? (2016) and Doble Tentacion (2017).

Oriana is straight. She has been in an on-and-off relationship with reality star, Tony Spina and Álex Consejo, shuffling between both men from 2013 to 2016.

While trying to fix things with Tony Spina on Volverias con tu Ex?, she met Luis Mateucci who became her new boyfriend in 2016.

Even though she is a public person, she does not speak about her family and her background remains a mystery. She has however informed the public that she is an only child.

There is nothing to indicate or suggest that Oriana is religious but it appears she must have some sort of Catholic beliefs.

In 2018, she contested on the Spanish version of Big Brother titled Gran Hermano VIP 6 but walked after only 3 days.

She made a return to Supervivientes: Perdidos en Honduras in 2019 as a panelist.