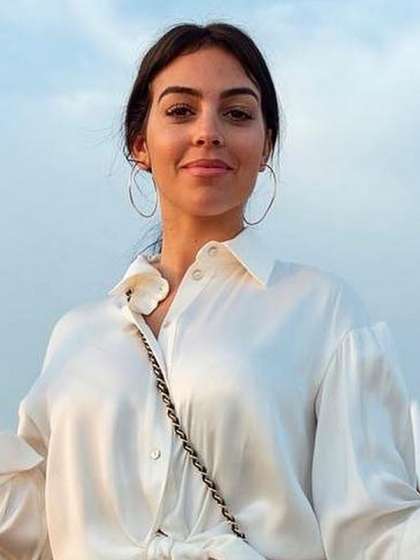 Compare your height to Georgina Rodríguez

Who is Georgina Rodríguez?

Georgina Rodríguez is a gorgeous Spanish damsel who has risen from her days as a costume assistant into a sought-after model and a gifted dancer.

As a teenager, she waited tables at her hometown before working as a live-in domestic help. This afforded her the chance to move to Bristol in England where she learned English along with the relocating family.

Coming back to Spain, she earned a living by working in a Gucci store as a shop assistant in Madrid.

Her fame rose astronomically after her relationship with a certain megastar was made public but professionally, she is the face of Italian lingerie line, Yamamay.

She has also graced several magazines covers in Italy, Portugal and Spain such as Diva E Donna, Women’s Health, Lux, LOVE and VIP amongst others.

Georgina is straight and possesses such eye-catching beauty that leaves men captivated. However, in 2016, she caught the affection of Portuguese soccer icon, Cristiano Ronaldo and they have even gotten engaged in April in 2018.

She and her elder sister, Ivana are daughters of Ana Maria Hernandez and Jorge Eduardo Rodríguez Gorjón (died 2018). In 2017, she became the mother of Ronaldo’s 4th child and 2nd daughter, Alana Martina dos Santos Aveiro Rodríguez.

Georgina is listed as a Roman Catholic but her level of devotion is not known at the moment.

Ever since her relationship affair was publicized, her Instagram followership has risen to 12.3 million, and is still rising.

For her career, she is signed on to Uno Modelling Agency.

She has described her cat as her “best friend”.