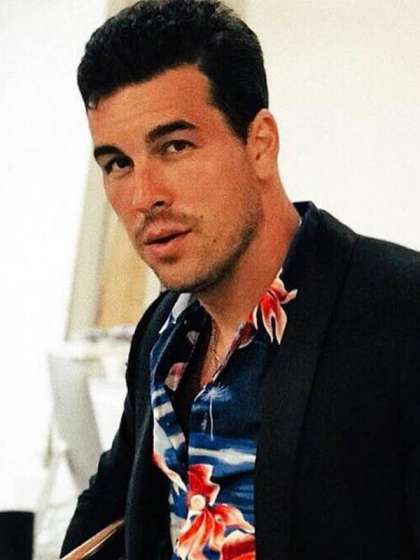 Compare your height to Mario Casas

Who is Mario Casas?

Mario Casas is a well-known and respected film and television actor. The Spaniard is a recipient of 9 awards and counting in a career spanning more than 15 years.

His early acting experience came as a child while he performed in television adverts for products such as Scalextric, Telepizza and Coca Cao.

His whole family made the move with him to Madrid while he attended Cristina Rota Dramatic Arts School and at age 19, made his debut in a few episodes of Obsesión (2005-06).

Mario Casas is straight and has been dating Blanca Suárez since 2018. He dated Berta Vázquez in 2014 and after their split in 2016, had romantic ties briefly with Dalianah Arekion.

After his one year relationship with Amaia Salamanca ended in 2009, he dated Maria Valverde for 4 years afterwards.

He is the oldest of the 5 Casas children born to Ramon and Heidi Casas. His only sister is Sheila and has 3 brothers who are Christian, Óscar and Daniel was born 2014 (Mario refers to him as a nephew due to the age gap).

There is no information to suggest if Mario is a religious man or what religion he may or may not practice.

Outside of acting, he is also a spokesmodel for Bvlgari, appearing in short campaign videos for the fashion brand.