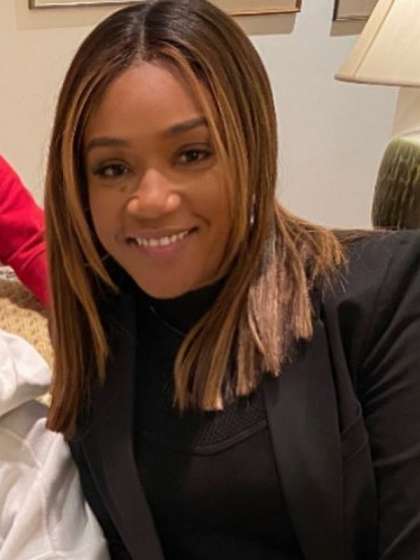 Compare your height to Tiffany Haddish

Who is Tiffany Haddish?

Actress, singer, author and comedian Tiffany Haddish became the first woman to ever host Saturday Night Live in 2017, even winning an Emmy for it.

She began to hone her comic skills after she attended a comedy camp called Laugh Factory when she was 15 but worked at various jobs including Alaska Airlines customer service to survive.

In 2005, she was in an episode of That’s So Raven and in the film, The Urban Demographic and steadily rose with a role in a spoof of 300 titled Meet the Spartans (2008).

Some of her many voice works include The Lego Movie 2: The Second Part (2018) as Queen Watevra, The Secret Life of Pets 2 as daisy and in Netflix series, Tuca & Bertie (both 2019).

Tiffany is straight and was married to William Stewart but they divorced, twice. The first was in 2011 and then again in 2013.

She is the daughter of an Eritrean dad, Tsehaye Reda Haddish and an African-American mom, Leola. She has 4 younger half-siblings from her mom’s second marriage.

Tiffany describes herself as a “Jew-Jo” because her dad was a Jew and her mom is Jehovah Witness, but she is devoted Jew even as she once briefly tried out Scientology.

After her mom became brain-damaged due to a near-fatal car crash, she lived in 3 foster homes and carried all her luggage in a trash bag as a teenager.

She is quite fluent in Japanese.