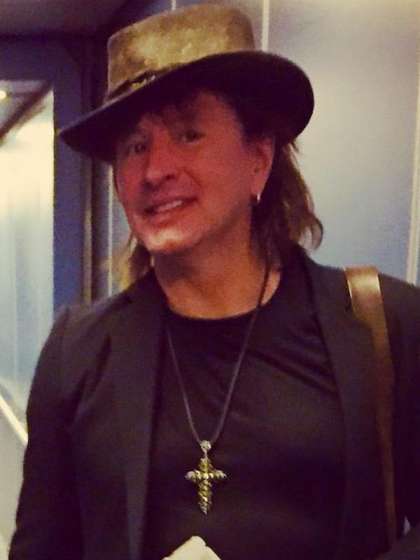 Compare your height to Richie Sambora

Who is Richie Sambora?

Richie Sambora is known across the world as the guitarist and co-chief songwriter of the fame Bon Jovi. He is also a singer, music producer and philanthropist.

He was a state title-winning basketball player while in high school but on the music front, he began to play the accordion at age 6.

By 12, he picked up the guitar and had his first stage performance during a church youth event as a teen. He also learned other instruments such as drums, saxophone, piano, bass, etc.

He shared songwriting credits with Jon Bon Jovi on most of the band’s songs including the hits, You Give Love a Bad Name and Livin on a Prayer.

As a solo artist, he has recorded 3 albums with songs such as Hard Times Comes Easy, Ballad Of Youth and I’ll Always Walk Beside You featuring Alicia Keys.

Richie is straight. He was married to Heather Locklear in 1994 but they divorced in 2007. He also dated Denise Richards and Nikki Lund on and off between 2006 and 2013 and began a 4-year relationship with Orianthi in 2014.

He is born as the son of Polish parents, Adam (late) and Joan Sambora. He has a daughter, Ava born in 1997 with Heather.

Richie was born and raised in the Catholic Church and appears to still follows the tenets of his faith, albeit not being vocal about it.

Although a college dropout of Kean University, he bagged an honorary doctorate from the school in 2004.

Some of his musical influences are Jimi Hendrix, Eric Clapton and a few others.