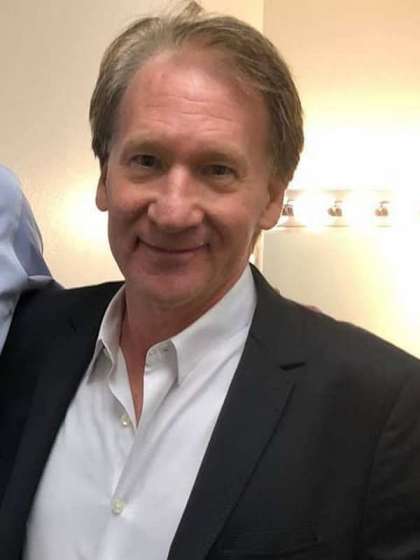 Compare your height to Bill Maher

Who is Bill Maher?

Bill Maher is one of the most respected political commentators in America, famous for his comic nature of his TV shows.

After graduating from Cornell University with a degree in English and history, he went into comedy and acting, landing a job in 1979 as the host of comedy club, Catch a Rising Star.

His first major film appearance was in 1983, in the film titled D.C. Cab as he also appeared in a episode each of Alice and Sara, both in 1985.

The 38th Comedy Central-rated greatest comic wrote and starred in a religion-critiquing mockumenatry titled, Religulous in 2008.

Bill is straight and has publicly declared that he will never get married. He has been with many women such as Karrine Steffans, Coco Johnsen, Cara Santa Maria and Anjulie Persaud being the most recent in 2015.

He has also dated Kaya Jones, Tracy Richman, Bai Ling and a score more of women.

He was born William Maher, the first child of Aloysius Jr. and Julie Maher and has a single sister by the name of Kathy Maher.

His father is Roman Catholic and his mother is Jewish but he was not raised religious. Bill is notoriously critical of religion and never fails to poke fun at it at every opportunity.

He does not like labels but described himself as apatheist back in 2011.

In 2010, he was honored with his own star on the Hollywood Walk of Fame.