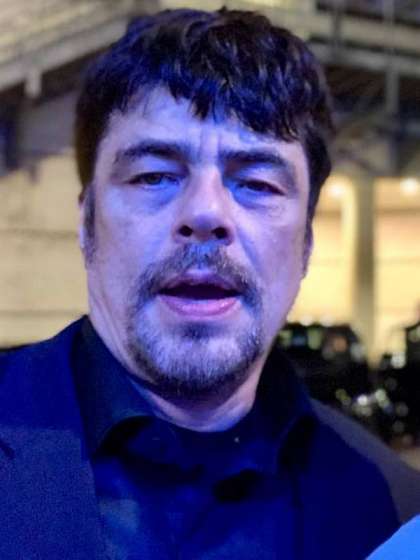 Who is Benicio Del Toro?

Known for his eccentric performances and intensity, Oscar-winner Benicio Del Toro is one of the most enigmatic actors in America today.

He was originally getting a business degree from UC in San Diego, but dropped out after he began gaining success in acting as he appeared in an episode each of 3 TV series in 1987.

He made his big screen debut in 1988’s Big Top Pee-wee and continued steadily, making his breakthrough in 1995 in The Usual Suspects.

Benicio is straight but his last known relationship was in 2010 when he dated Kimberly Stewart. He dated Sara Foster in 2004 for 2 years, Chiara Mastroianni in 1988 for 3 years and Valeria Golino in 1988 for 4 years.

Some easily recognizable names of women he has dated include Lindsay Lohan, Sophie Dahl and Claire Forlani.

He is the younger son of Puerto Rican parents, Gustavo del Toro and Fausta Sánchez with his only sibling being Gustavo, a big-time medical administrator.

He became a father in 2011 to a beautiful girl named Delilah, from his relationship with Kimberly Stewart.

Benicio is a Mass-attending Roman Catholic and even had his daughter baptized according to the precepts of his faith.

He was just 21 when he played a James Bond villain in 1989’s Licence to Kill, making him the youngest ever to do so.