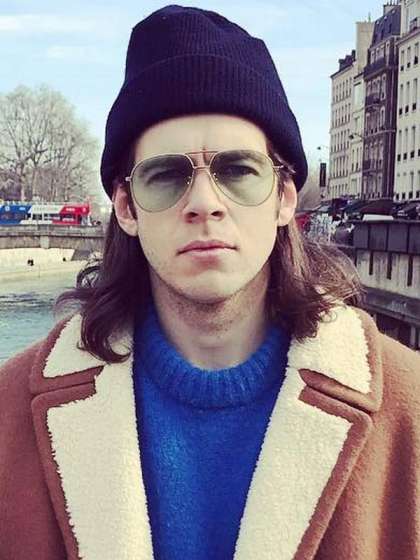 Compare your height to James Righton

Who is James Righton?

James Righton is a talented British keyboard player and vocalist, formerly with the London-based band, Klaxons and now as a solo act called Shock Machine.

En route to becoming a career performer, James became a teacher of music. While at high school, he met his future bandmate and another at a music festival.

The Klaxons initially began as a 3-man band called Klaxons (Not Centaurs) before 2005, after which they added a drummer to their crew and shortened their name.

As their keyboardist, James has had 3 albums released with the Klaxons, especially their debut album in 2007 titled Myths of the Near Future.

He also has an eponymous debut album as a solo act in 2017 that features the song, Lost in the Mystery.

James is straight and has been married to beautiful English actress, Keira Knightley since 2013, after a year of engagement. The beautiful couple had been dating since 2011.

Before her, he was in a relationship with Alexa Chung in 2007, who also happens to be a friend of Keira’s.

He is the son of English parents; an unnamed mother and Nicholas Righton as his father. There is no record of siblings.

There is unfortunately, no information regarding James’ religious beliefs at this moment.

He has provided score for 2 movies by Simon Amstell; William in 2015 and Benjamin in 2018.

He was introduced to his (then) future wife by his ex-girlfriend, Alexa who is a mutual friend of theirs.