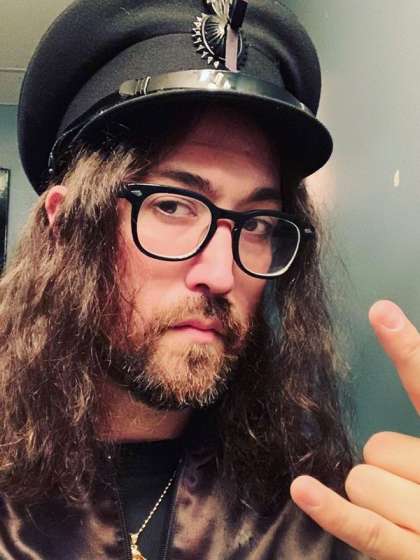 Who is Sean Ono Lennon?

Sean Ono Lennon has walked in his parent’s footsteps and has found success as a guitarist, songwriter, vocalist and producer.

His first credit as an artiste was as a 5-year old doing a recital of a story on his mom’s album in 1981 and he continued to do music with his mom on her next 3 albums.

He made an appearance on the Michael Jackson film, Moonwalker (1988) and co-wrote All I EVER Wanted with Lenny Kravitz when he was 16.

Asides from being the son of a worldwide famous musician, he has been part of various bands such as Cibo Matto and his parents’ The Plastic Ono Band.

As a solo artiste, he has released 2 albums; Into the Sun (1998) and Friendly Fire (2006) and has played actor, writer and score composer for the short film of his 2nd album.

Sean is straight and has been in a few high-profile relationships such as his 5 years with Bijou Phillips from 1999, Elizabeth Jagger in 2004 and Irina Lazareanu in 2007.

He also dated and lived with bandmate, Yuka Honda for 3 years in the late 90s but is now in a committed relationship with Charlotte Kemp Muhl for almost a decade.

He is the son of rock legend, John Lennon and Yuki Ono. He quite close to his half-brother Julian Lennon and also grew up with his half-sister, Kyoko Cox.

Concluding from all his musings about religion, it would appear that Sean is agnostic. He does not despise religion, believes that humans are spirit beings but chooses science to provide his answers.

The famed John Lennon’s Beautiful Boy was written for Sean while his father became a stay-at-home dad.

He shares his father’s birthday.