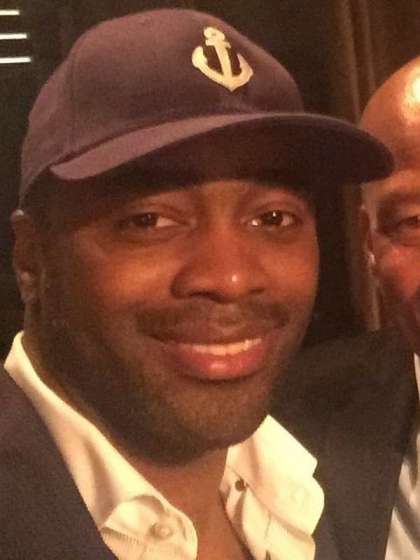 Compare your height to Curtis Martin

Who is Curtis Martin?

Curtis Martin is a retired American football player, considered a New York Jets all-time great. He has since his retirement devoted himself to charity duties.

Not initially having any interest in sports, his mother made him join the football team to keep him away from the violence in the neighborhood.

He scored 1705 yard runs and 20 TDs in his only season of high school football and after an impressive University of Pittsburgh career, he was picked by New England Patriots in the 1995 Draft.

After 2 years, he left the NE Patriots and joined the NY Jets where he was until his retirement, finishing his career with 100 touchdowns and as the 4th ranked leader in rushing yards and carries in NFL history.

He has his Jets No 28 jersey retired and was inducted into the Pro Football Hall of Fame in 2012.

Curtis is straight and in 2010, got married to the love of his life, Carolina Williams. Before her, he was famous in the entertainment world due to his 1996 relationship with Toni Braxton that ended in 1998.

Other women he has previously dated include Teresa Caldwell and Shakara Ledard.

He is the son of Curtis Sr. and Rochella Martin. In 2011, he and his wife gave birth to a child, a girl they named Ava.

He grew up as an “anti-Catholic” evangelical Protestant Christian but is now a passionate Catholic and the founder of a Catholic evangelization group.

He was awarded with an honorary doctorate degree in Humane Letters by the Icahn School of Medicine in 2019.

At age 15, he had a near-death experience when a handgun pointed at his head was fired 7 times but refused to go off.