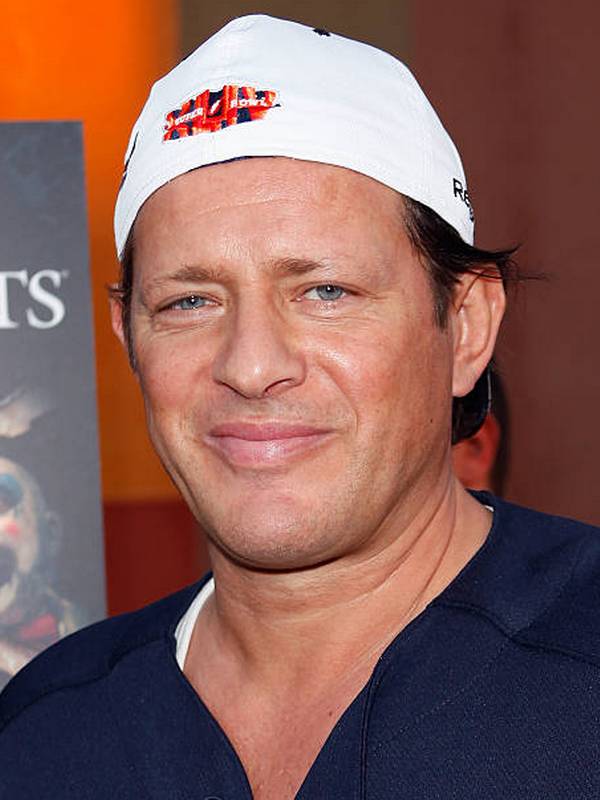 Compare your height to Costas Mandylor

Who is Costas Mandylor?

An American actor of Australian descent Costas Mandylor was born Costas Theodosopoulos in Australia.
Early Accomplishments
He played a mean ghost in “Charmed” and appeared in “Doors”.
The star has bit roles in  “Andromeda” and “Sex and the City”.
Best Known For
He is recognizable for playing Lieutenant Hoffman in the three parts of  “Saw”.
For an outstanding performance in the crime series “Picket Fences”, he received two nominations for “Screen Actors Guild Awards”.
The character Costas played in “Mobsters” was connected with his real life experience. The actor was interested in getting that part, because “felt tuned in to gangsters...When I was 13, I got a job as a dishwasher... and had met characters who were dangerous people...” – The man shared.
His another success in “Emma Blue” was evaluated with “Maverick Movie Awards” in 2009.
Religion Beliefs
The actor keeps any information about his spirituals private.
Sexual Orientation
He is straight. In 1997, Mandylor got married to Talisa Soto but the couple filed for divorce three years later.
Victoria Ramos became his second wife in 2015. Their ceremony was organized in Romania. “Victoria is the happiest because we’ll also have a party in Greece so she will get to wear two wedding dresses.” – published “Romania-Insider.com” (24.06.2015).
He does not have any kids.
Worth To Known
Tom Skerritt is his acting mentor and a good friend.
He appeared in People’s list of “50 Most Beautiful People in the world” in 1991.
Costas has a brother Louis who also chose a profession of actor.
He was a professional soccer player before having medial tibial stress syndrome.
Mandylor’s trademarks are his lips and a drawling voice.