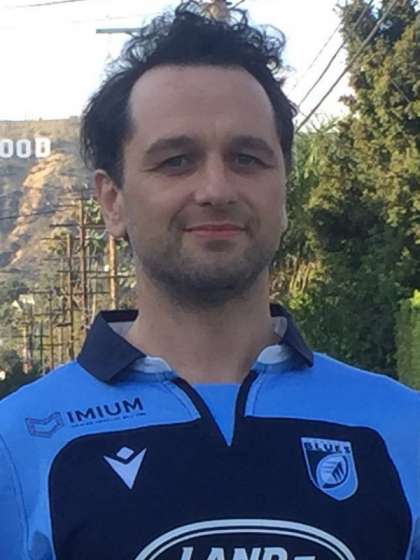 Compare your height to Matthew Rhys

Who is Matthew Rhys?

Matthew Rhys Evans has excelled brilliantly at being an actor, filmmaker and as an activist for children health and well-being.

He gained admission into the venerable RADA off the back of his portrayal of Elvis Presley in a musical by his high school when he was 17.

While at RADA, he appeared in the series Back-Up and the 1997 British film, House of America before returning to Wales to star in Bydd yn Wrol (Be Brave).

Matthew is straight. He has remained in a committed relationship in 2014 with American actress, Keri Russell. He also dated Sienna Miller back in 2007.

He is the only son and younger child of Glyn and Helen Evans. His sister, Rachel is a journalist for the BBC.

In 2016, he and his partner became parents to their own son, Sam Evans.

Matthew grew up in a Methodist family but now appears to be non-religious in his adult years.

He is very good friends with fellow Welsh actors Michael Sheen and Ioan Gruffudd and even shared a London flat with them for a decade.

He earned 15 nominations as well as one Primetime Emmy and Critics’ Choice TV Award for The Americans.