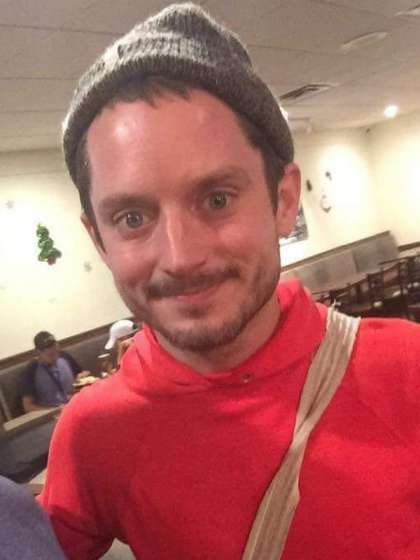 Compare your height to Elijah Wood

Who is Elijah Wood?

Elijah Wood has easily become one of the names quickly associated with a famous film franchise. He is also a film producer, record label executive, DJ and philanthropist.

He began modeling at 7 and had his first experience acting in his elementary school plays of The Sound of Music and The Wonderful Wizard of Oz.

He made his screen debut in the 1989 cult science fiction, Back to the Future Part II before earning a main role on the TV film, Child in the Night (1990).

After gaining much recognition with roles in films like The Good Son (1993) and The Faculty (1998), he has achieved global fame as Frodo in the trilogy of The Lord of the Rings (2001-03) and its 2012 spinoff, The Hobbit: An Unexpected Journey.

Elijah is straight but has not revealed much of his dating history. He had relationships with Bijou Phillips in 1999 and Franka Potente in 2003, but he spent 5 years of his life with Pamela Racine until their break-up in 2010.

He is the younger son and second child of Warren and Debbie Wood with his siblings being Zechariah and Hannah.

Elijah was raised in a devout Roman Catholic household and he appears to have retained the faith of his youth.

He founded Simian Records in 2005 and horror film production company, SpectreVision in 2010.

A hyperactive child, his mother ushered him into showbiz so he can burn off his energy overload.

He is the first recorded person to use a rope to cross Victoria Falls.