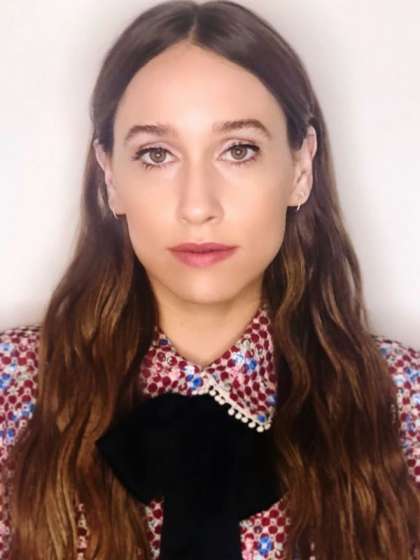 Compare your height to Sarah Sutherland

Who is Sarah Sutherland?

Sarah Sutherland is a wonderful actress whose talent, creativity and ingenuity has made her become known across the country.

Inspired by her father’s status as a celebrated actor, she decided to become an actress herself, training at LA’s Crossroads Drama Conservatory through her teenage years.

Within her first few months at NYU’s Tisch School, she wrote and starred in a one-character piece titled The Skin of a Grape.

Since her debut in 2011 short horror comedy, Snuggle Bunny: Man’s Most Lovable Predator, she has gone on to star in bigger Hollywood projects such as 2013 films, Innocence and Beneath The Harvest Sky (which she also produced) as well as Pretty Perfect in 2014.

All of these pale in comparison to her role as Catherine on HBO’s comedy series, Veep between 2012 and 2019.

Sarah is straight. She has been in only 2 known relationships; she dated Hunter Parrish and Sam Michael Fox within a period of 4 years (between 2006 and 2009).

She has since kept her relationship matters private.

Sarah is the daughter of Kiefer Sutherland and Camelia Kath as she continues the legacy of the Sutherland clan of actors, with Donald her grandfather as the patriarch head.

She has a half-sister named Michelle Kath.

Sarah is a Catholic. Her father is a devout Catholic and this is an indication of where Sarah’s faith lies.

She was named after Sarah Jessica Parker. Her middle name, Jude was gotten from her dad’s longtime pal, Jude Cole.