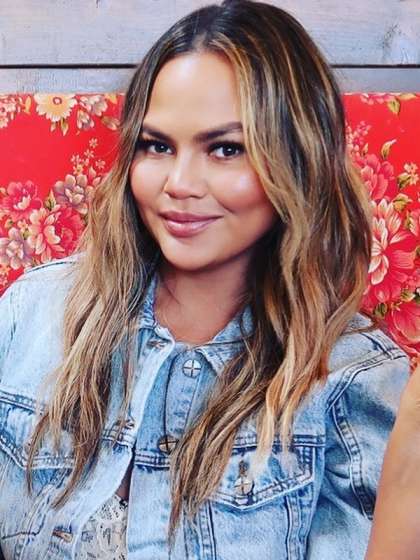 Compare your height to Chrissy Teigen

Who is Chrissy Teigen?

Chrissy Teigen is a famous fashion model who has also become renowned as a TV personality, actress and author.

Right after finishing from high school where she was on the cheerleading team, she worked at a surf shop and was spotted by a photographer.

She landed her first major gig in 2004, representing the IGN brand.

Since 2011, she has been featured in every one of Sports Illustrated Swimsuit Issue, gracing the cover in 2014.

She also co-hosts Lip Sync Battle with LL Cool J and has been a panel member on the talk show, FABLife.

Chrissy is straight and has been married to the love of her life, John Legend since 2013 after an engagement of 2 years. The couple met back in 2007 after Chrissy starred in John's music video for Stereo.

She is the daughter of Norwegian dad, Ron Teigen Sr. and Thai mom, Vilailuck Pepper Teigen. She has a sister named Tina Teigen.

She is a mother of 2 kids with her husband; daughter Luna (born 2016) and son Miles (born 2018). Both kids were conceived through IVF.

Chrissy has admitted to not knowing anything about the Bible and that Jesus does not have any effect on her life, despite her husband being a Christian. She however acknowledges God. She is probably agnostic.

She appeared in the 2013 film, Need For Speed and voiced Crystal in 2018 installment of the animated film franchise, Hotel Transylvania.

She published 2 cookbooks titled Cravings: Hungry for More and Cravings: Recipes for All the Food You Want To Eat.