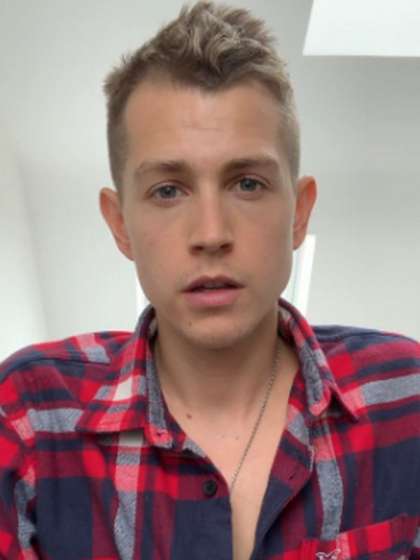 Compare your height to James McVey

Who is James McVey?

James Daniel McVey is an English musician. He is the lead guitarist with the pop rock British band, The Vamps.

He had begun playing music right from an early age and even started out as a solo act in his early teenage years, releasing an EP titled Who I Am in 2009.

His longing to form a band led him to Brad Simpson in 2011 and they began to write songs. The band was formed in 2012 and began to release cover songs on their YouTube.

His fame has come from playing guitar for The Vamps, co-owning writing credits to hit songs such as Last Night and Can We Dance from their gold-certified debut & sophomore albums, Meet The Vamps (2014) and Wake Up (2016).

James is straight and was in a relationship with actress, Sophie Turner in 2014. The romance was short-lived as he began an on-and-off relationship with Kristie Brittain that same year, culminating to an engagement in January of 2019.

He is the oldest child of English parents. He was born in Chester but grew up in Bournemouth with his baby sister, Instagram star Sophie McVey.

Unfortunately, there is no information on James’ religion. However, he indicated his abhorrence for terrorism on his Twitter, labeling it as evil and not of any religion.

James is scared of spiders; a condition called has arachnophobia.

He is a big fan of Winnie the Pooh and Manchester City football club.