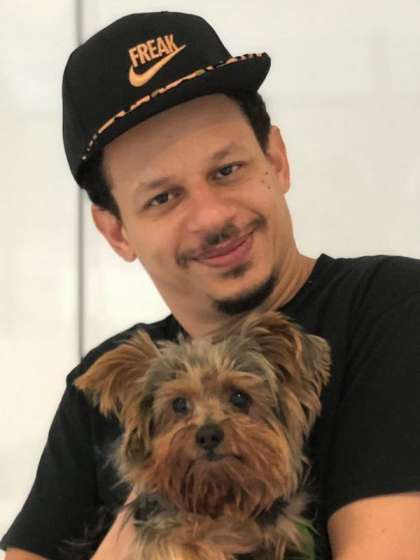 Compare your height to Eric André

Who is Eric André?

Eric André is a comedian who has put his humorous talents into acting and writing as well as hosting and producing TV shows.

He didn’t break out onto the entertainment scene until he was 26 years but before that he was gaining his education, first from Dreyfoos School of the Arts and later at Berklee College of Music, graduating with a BFA in double bass in 2005.

He debuted on screen with a small role in 2009 film, The Invention of Lying.

Eric is straight and his first known relationship was with Tatyana Ali whom he dated from 2012 to 2014. He briefly dated Amber Rose in 2015 but his last known romance was with Rosario Dawson. They dated for about 7 months in 2016.

His dad is an immigrant psychiatrist from Haiti while his mom is from NYC. His parents’ names are unknown but he has a sister who goes by the name of Amy André.

Although Eric identifies with his mother’s Jewish heritage, he however refers to himself as a “superstitious atheist”. He also practices transcendental meditation.

His middle name is Samuel.

He had always maintained the title of being the class clown right from his 2nd grade.