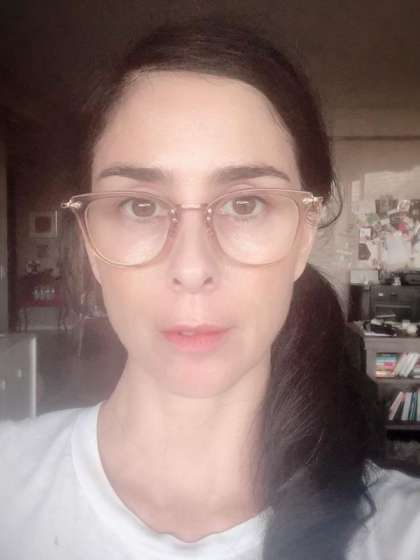 Compare your height to Sarah Silverman

Who is Sarah Silverman?

Sarah Silverman is a gifted comedienne who has achieved success as a singer, writer, actress and producer.

She was 17 when she first performed as a comic, an experience she describes as “awful”. She dropped out of New York University after a year and chose to write for and star in Saturday Night Live (1993-94), marking the beginning of her career.

She won 2 Primetime Emmy nominations for her series on Comedy Central, The Sarah Silverman Program (2007-10) and a SAG nomination for the 2015 film, I Smile Back.

She has been in relationships with various other men such as David Cross, Alec Sulkin, Kyle Dunnigan, Louis C.K. and Colin Quinn.

She is the youngest of the 3 daughters of Donald Silverman and Beth O’Hara with her sisters being Laura and Susan Silverman and Jodyne Speyer as a stepsister.

Although she was born and bred under Judaism and even as a rabbi as a sister, she has referred to herself as agnostic.

Her self-authored biography, The Bedwetter was published in 2010.

She is best friends with English actress, Kate Beckinsale.

In 2018, she was honored with her own star on the Hollywood Walk of Fame.