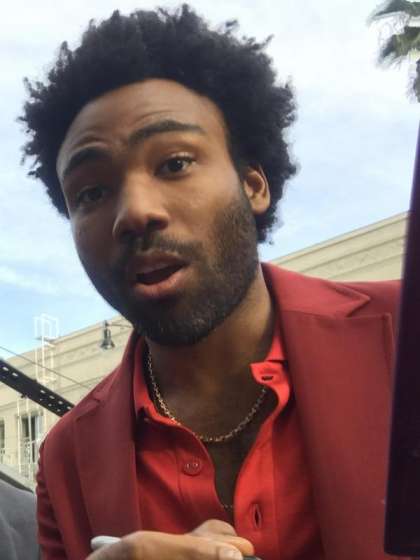 Compare your height to Donald Glover

Who is Donald Glover?

Donald Glover is a man of many talents. He functions as a rapper, songwriter, singer, DJ, actor, filmmaker, screenwriter and comedian.

He studied Dramatic Writing at NYU’s Tisch School and even released a mixtape he has since disowned. At 23, he became a writer for famed sitcom, 30 Rock (for which he won a WGA Award in 2009). He joined Derrick Comedy to release sketch comedy videos on YouTube in 2008.

He is the creator, star and producer (and sometimes director) of the popular TV series, Atlanta (2016-2018). He won 2 Primetime Emmy and Golden Globes each for this.

Under his music name, Childish Gambino, he is a 5-time Grammy Award winner with songs like Redbone and This Is America.

Donald is straight and was rumored to be dating singer Jhene Aiko in 2013 but has actually been in a committed relationship with Michelle White instead.

He is the first child of late Donald Sr. and Beverly Glover with his younger siblings being Stephen and Brianne Glover. He is a father of 2 sons with his girlfriend; Legend (born 2016) and Drake (born 2018).

Donald was a Jehovah Witness as a child and even during his teenage but has since become disillusioned with religion. He is non-religious but somewhat spiritual now.

He got his stage name from a Wu-Tang Clan name generator.

He is the inspiration behind the Miles Morales character in the Ultimate Spider-Man comic series.