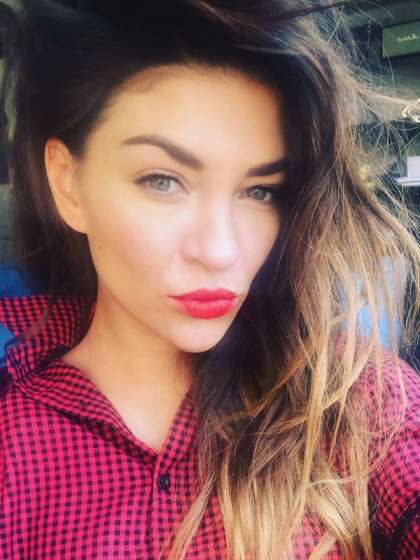 Compare your height to Jessica Szohr

Who is Jessica Szohr?

Jessica Szohr is a bright mind. Although she is famous as an actress now, she had been a model and entrepreneur growing up.

Starting modeling from age 6, her first nationwide gig was with Quaker Oats when she was 10. She has modeled for Kohl, JanSport, Mountain Dew, Sears, etc

At school, she was student council member, played soccer and on the cheerleading team. With her teachers as first clients, she also founded a cleaning company.

Jessica is straight. She broke up with her boyfriend of 4 years, Scotty McKnight in 2018 and began dating Brad Richardson the following year. She dated Aaron Rodgers for 3 years in 2011 and Ed Westwick for a long time from 2008.

Some other names Jessica has been linked with include Ricky Whittle, Rafi Gavron and Jason Lewis.

She is the oldest of the 5 kids born to an unnamed Afro-American dad and Karen (née Szohr) Roach as the mom. Her sisters are Megan, Danielle and Sadie and her only brother being Nick.

Jessica is a Christian who worships in the faith of Roman Catholicism.

She enjoys a much private life and says she does not read blogs to abstain from real life dramas.

Some of her leisure activities include yoga, snowboarding, hiking, football and going to church.

She has 22 tattoos on her as of today.