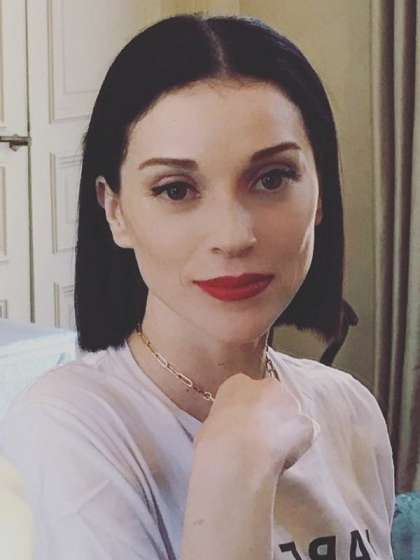 Compare your height to St. Vincent

Who is St. Vincent?

Grammy award-winning singer-songwriter, musician and producer, Anne Clark has made a name for herself in the entertainment world as St. Vincent.

She began playing the guitar at 12 and became a roadie for her uncle & aunt’s band. She played in her high school jazz band and featured in the theater too.

She recorded her first EP while at Berklee College of Music before leaving in her third year and joined the Europe-touring The Polyphonic Spree.

Has recorded 7 studio albums including Masseduction (2017) as the most recent but she won a Grammy for her work in the To Be Kind album by Swans in 2014.

St. Vincent does not like to categorize herself and has hence described herself as sexually fluid. She was in a famed relationship with Cara Delevingne for 2 years from 2014 and dated Kristen Stewart in 2016.

A few rumors of her romantic life include affairs with Lissy Trullie and Carrie Brownstein.

St. Vincent and her elder sisters are daughters of parents that separated when she was just 3 years old. Now she has 4 sisters and 4 brothers as a result of her parents’ new families.

St. Vincent was raised as a Roman Catholic even with her Ashkenazi heritage. It is unclear now however, if she is as devout now as she was years back.

Not only that she is a trained hip hop, ballet and jazz maestro, she also plays piano, clarinet and guitar.