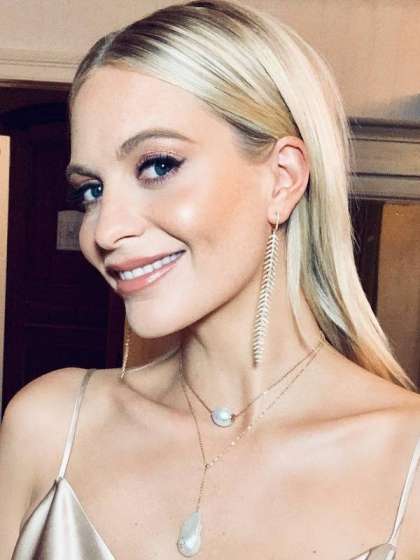 Compare your height to Poppy Delevingne

Who is Poppy Delevingne?

Poppy Delevingne is one of the most famous socialites in America and United Kingdom but has made a living as a model and an actress.

Coming from a very long line of British affluence, Poppy attended one of the best schools in the country and still nursed the idea of becoming a star.

She first appeared on Maroon 5’s Sunday Morning music video in 2004 and was discovered by a Storm Model agent in 2008.

Now a Chanel ambassador, she was the face of Louis Vuitton summer collection in 2012. She has worked for Burberry and graced many international magazine covers.

Known for her part in Genius (2018) and Riviera in 2019, some of her famous film appearances include King Arthur: Legend of the Sword, Kingsman: The Golden Circle (both 2017) and The Aspern Papers (2018).

Poppy is straight. She is known to have been with only one man, James Cook since 2007. They got engaged in 2012 after 5 years of dating and got married at an elaborate wedding in 2014.

Poppy was raised in a Christian home and she appears to still hold on to her faith even if she is now spiritual as opposed to being religious.

Her name comes from the opium poppy plant.

She once shared a flat with Sienna Miller when she moved to New York City.

In 2015, she tried out directing with a 2-minute magazine shoot, Love Advent.

She had 17 bridesmaids at her wedding.

Body measurements above were taken from imgmodels.com/poppydelevingne