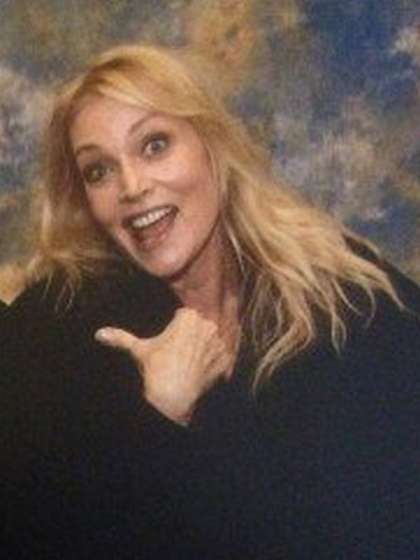 Compare your height to Daphne Ashbrook

Who is Daphne Ashbrook?

Daphne Ashbrook is an experienced screen and stage actress who became famous in the 80s and 90s. She is also a talented singer.

Although she is recorded to have made her debut as a 6-year old, her official acting debut was as a stage actress in various plays with 1982’s Burlesque… The Way You Like It being the earliest.

Her adult screen debut was in a 1983 episode of Hardcastle and McCormick.

Daphne is straight but her only known relationship ever was with her well-known partner in 1987, Lorenzo Lamas. Ever since their split in ’88, she has kept details of her romantic life a secret.

Born to actor parents, filmmaker Buddy Ashbrook and Wife D'ann Ashbrook, she has Hollywood people; they are actors Dana Ashbrook and Taylor Ashbrook (who is also a director like their dad) as her siblings.

She and Lorenzo became parents to a girl in 1988, named Paton Lee (her mother’s middle name is Paton).

There is not enough information to go with but she has been mentioned online to be a Christian. The validity of this claim will be verified soon.

In 2010, she released her first record titled Grace Notes. It almost made it to the Grammy award nomination list.

She wrote, produced and starred in the 2015 dramedy short, Once More, With Feeling.