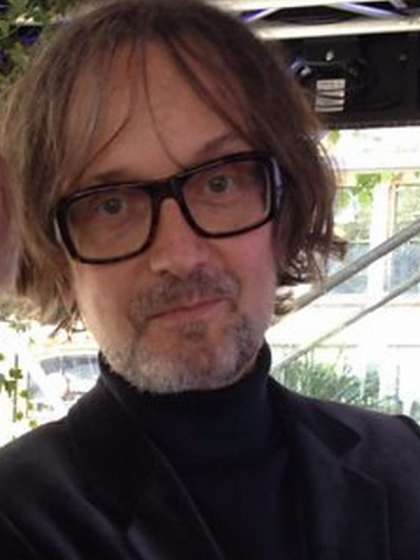 Compare your height to Jarvis Cocker

Who is Jarvis Cocker?

Jarvis Cocker is a man of several talents. Although primarily a musician and instrumentalist, he is also an actor, radio show host and a music video director.

His interest in music began quite early, forming the band, Arabacus Pulp (later shortened to Pulp) when he was 15. In 1985, he and the band got signed on to a record deal.

At 25, he took a break from music to study Film & Fine Arts at a London art school for 3 years.

From 2009 to 2017, he hosted Jarvis Cocker’s Sunday Service on BBC Radio 6 Music and also voiced the character of Petey (based on his own semblance) in the 2009 animated film, Fantastic Mr. Fox.

Jarvis is straight and was married once. After dating Camille Bidault-Waddington for a year, he took her as a wife in 2002 but they split amicably in 2009.

He had also dated Chloë Sevigny for a year back in 1998.

He and his sister, Saskia are children of Mac Cocker and Christine Connolly. His father (died 2016) ran away from home when he was 7 but only reunited in 1998.

He and Camille are parents to a boy named Albert (born 2003).

Although he appears to have had some sort of Christian upbringing, Jarvis is anything but religious.

He famously interrupted Michael Jackson’s performance of Earth Song at the 1996 Brit Awards by coming on stage in protest. He was eventually ejected.

While trying to impress a girl with a “Spiderman” act in 1985, he fell out of a window and had to be confined to a wheelchair for a while.