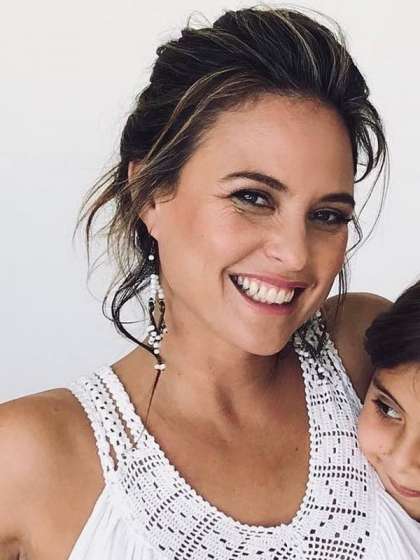 Compare your height to Josie Maran

Who is Josie Maran?

The very gorgeous Josie Maran has made a name for herself as a glamour model, an actress and a natural cosmetics maven.

She was only 12 when she was advised to join the San Francisco fashion show where she was found out by a modeling scout.

After being signed on to Elite Models at age 17, she hit mainstream fame after she graced the cover of Glamour magazine in 1998.

From 2000 to 2003, she starred in Sports Illustrated Swimsuit Issue and was Maybelline spokesmodel for several years in the 2000s.

Before starting Josie Maran Cosmetics in 2007, she starred in the 1997 Backstreet Boys music video for Everybody (Backstreet’s Back), in 2004 film, Van Helsing and in the 2005 video game, Need For Speed: Most Wanted as Mia Townsend.

Josie is bisexual and once had an encounter with Bridget Hall but has now been married to David Belle since 2018 after her relationship with her long-time partner, Ali Alborzi broke down circa mid-2010s.

She was also in a 2-year romance with magician David Blaine until 2002 and dated Johnny Zander in 2003 for a year.

She is the daughter of an unnamed father and her mother, Roberta. She is also mother to 2 beautiful girls; Rumi (born 2006) and Indi Maran-Alborzi (born 2012).

Although her father is Jewish, Josie regards herself as agnostic. She received some fan backlash after she made a comment “swearing by Buddha” in 2016.

Outside her niche, she joined 2 bands; Darling and played violin for Hollywood 2000.

She took a break from Hollywood in 2005 to move to Oahu where she began teaching kids.

All body measurements above were taken from fashionmodeldirectory.com