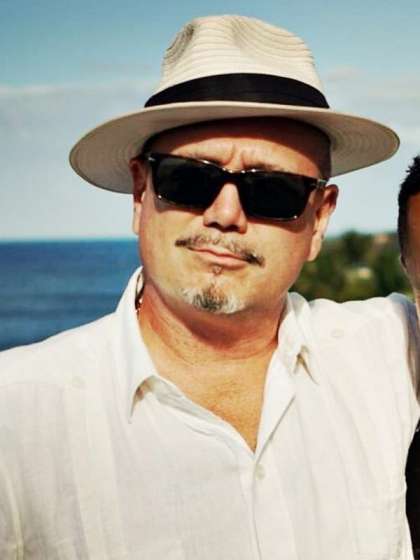 Compare your height to Huey Morgan

Who is Huey Morgan?

Huey Morgan is famous as a songwriter and guitarist in a band but is a man of many talents that include TV personality, writer, actor and radio DJ.

After the death of his father as a young child, he grew up being rebellious to his mother. He soon went into a life of crime in his teenage, selling drugs and stealing cars. Instead of going to jail, he opted to join the US Marines.

He formed the hip hop/rock/ alternative band, Fun Lovin’ Criminals in 1993 after his time in the military.

As the frontman of FLC, he has scored 6 albums with 3 being in the UK Top 10. Some famous hits include Scooby Snacks and Kings Of New York (both 1996).

Huey is straight and has been married to his long-time sweetheart, Rebecca since 2007. Before her, he has been with a handful of women such as Nicole Appleton, Gail Porter, Connie Nielsen, Donna Air, Bridget Hall and Cat Deeley.

He is the only child of an Irish father and a Puerto Rican mother whose names he has not revealed. He also has a son, Beaumont (born 2011) with his wife.

Information about Huey’s religious beliefs and practices have not been divulged.

He did the voiceover for the 2006 video game Scarface: The World Is Yours. He also appeared in the 2010 film, Soulboy.

As a businessman, he owns a bar, lounge and pizzeria in Dublin, Ireland as well as a tattoo studio and night club in New York.