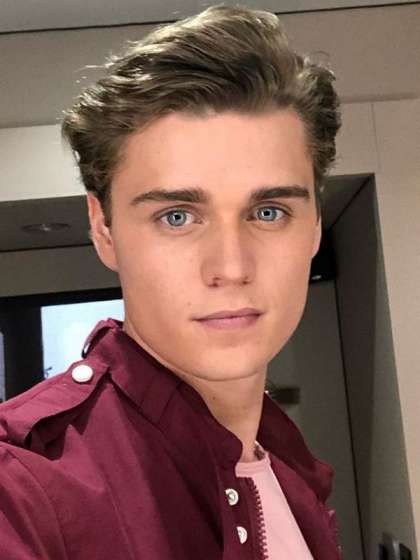 Compare your height to Ty Wood

Who is Ty Wood?

Tyson Wood is a handsome, fast-rising Canadian star who has been exhibiting great acting prowess now for 2 decades.

Right from an early age of 6, Ty made his debut in the film industry, appearing as a younger version of the protagonist in 2002’s Hell on Heels: The Battle of Mary Kay.

After 3 more films, he appeared in his first TV series in a 2005 episode of The Collector before landing a role in the 2007 thriller, Maneater.

His most famous film role till date remains his coming-of-age act in the 2009 horror flick, The Haunting in Connecticut.

However, he has become renowned for roles in the TV film, Keep Your Head Up Kid: The Don Cherry Story (2010) and series, ReBoot: The Guardian Code and Chilling Adventures of Sabrina (both 2018-date).

Ty is straight and in his relatively young life, he has been known to have dated the gorgeous British actress, Rosie Huntington-Whiteley in 2015 for a couple of months.

He is the only son of Canadian parents, Ronnie Wood and Jo Wood and he has a sister by the name of Taylor Wood.

Unfortunately, we could not determine Ty’s religious beliefs and practices as it is a topic he is yet to discuss.

In 2010, he won a Young Artist Award for his excellent work in The Haunting in Connecticut.

He was nominated for the same award the following year for Keep Your Head Up Kid: The Don Cherry Story.

His nickname is Junior.

Some of his hobbies include sports like hockey and golf.