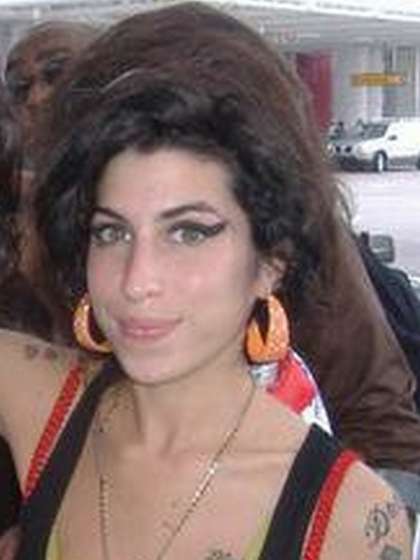 Compare your height to Amy Winehouse

Who is Amy Winehouse?

Amy Winehouse was a remarkable British singer-songwriter who very quickly shot to fame and became one of the most acclaimed singers globally.

She and a childhood friend formed a rap crew called Sweet ‘n’ Sour when she was 10 before going on to study at Sylvia Young Theatre School when she was 12.

She got a guitar gift when she was 13 and taught herself to play and write songs. She worked as a reporter for WENN while also singing with a band called Bolsha Band.

On the darker side of fame, she was always in the press for her drug and alcohol abuse issues.

Amy was straight and until her death, was in a relationship with Reg Traviss since 2010. She was previously married to Blake Fielder-Civil in 2007 for 2 years after an on-and-off relationship since 2003.

While married to Blake, she dated Josh Bowman for almost a year. She also dated Alex Clare for a year too in 2006. After her death, Pete Doherty claimed they were lovers at some point.

Amy and her brother, Alex are children of cab driver, Mitchell Winehouse and pharmacist, Janis Collins (both now retired).

Although raised Jewish and always proudly identifies as one, Amy was far from the religious type.

On 23rd of July, 2011, Amy was found dead in her London apartment. The cause of death was listed as alcohol poisoning as she had an extremely toxic 0.416% level of alcohol in her blood.