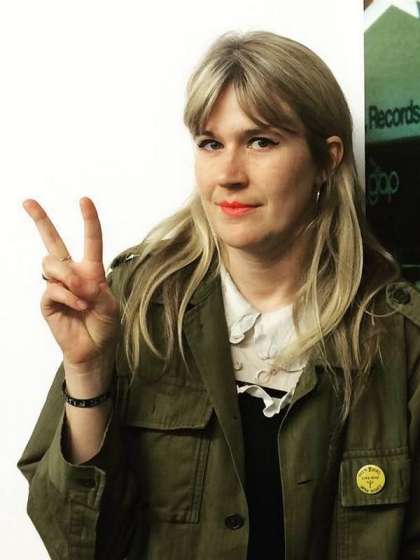 Compare your height to Tennessee Thomas

Who is Tennessee Thomas?

English drummer, Tennessee Thomas has imposed herself on the world as one of the best female drummers in our time and also doubles as an actress.

Although born in the London capital of England, she has spent most of her life in the city of Los Angeles in California. She learned to play the piano as a child.

Her first experience with drums came when she was 13 while attending Marymount High School and it soon became a passion for her, going ahead to form the band, The Like with 2 of her friends in 2001.

She has also appeared in the 2010 film, Scott Pilgrim vs. The World.

Tennessee is straight and is known to have been in a relationship with English DJ/producer Mark Ronson in 2008. Their relationship lasted only a year though. Before then, she had had a brief romance with Taylor Locke back in 2004.

The only information available about her family is that she is the daughter of English drummer, Pete Thomas. The apple really does not fall far from the tree!

Unfortunately, there is no information as regards Tennessee’s religious beliefs and practices.

The name of their band was created by Tennessee’s mother, saying the word “like” was something the girls were fond of saying.

Asides music, she is also into fashion, establishing a line known as Deep End.