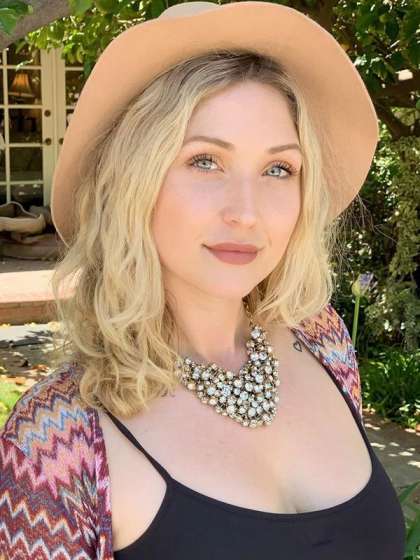 Compare your height to Taylor Hasselhoff

Who is Taylor Hasselhoff?

She reveals she has been singing since she was just 3 years of age and after landing a solo in her school’s choir rendition of Amazing Grace while she was in her 1st grade, she knew she wanted to become a singer.

She attended University of Arizona in Tucson and one of her first jobs in life was being a dog trainer. She made her acting debut in a few episodes of Baywatch in 1999.

Asides from starring in the reality series, The Hasselhoffs, she has made a name for herself when she joined the cast of Rich Kids of Beverly Hills for the 2015 season.

Taylor is straight and the only relationship she is on record to have had was a short-lived one with Bobby Blair during the airing of Rich Kids of Beverly Hills in 2015.

Taylor is the older of the daughters of famed actor David Hasselhoff and ex-wife Pamela Bach with her sister being model Hayley Hasselhoff.

Her father was raised in Roman Catholic faith but it is uncertain that he raised his family in any faith at all. Taylor has not shown an inclination to any religion.

Her love for spinning saw her become a certified spin instructor for 2 years.

She is adventurous, trying out new cuisine anytime she can. She also documents everything and makes short stories of her adventures.