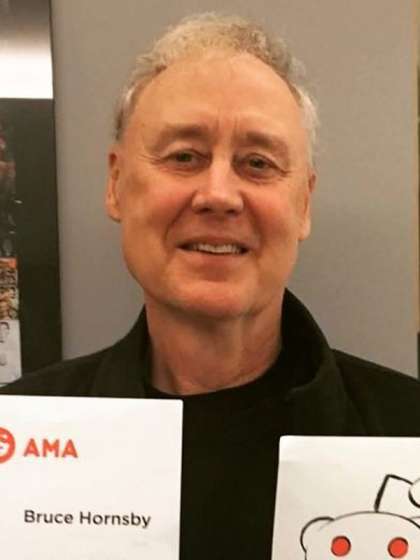 Compare your height to Bruce Hornsby

Who is Bruce Hornsby?

Bruce Hornsby is a Grammy-award winning artiste. His skills on the piano have earned him much fame, so are his singing and songwriting.

He played basketball in high school and college and still does until today. He studied music at the universities of Richmond and Miami and also Berklee Music College. Moving to LA in 1980, he wrote songs for 20th Century Fox for 3 years and formed The Range in 1984.

Bruce has been married to his Kathy for over 25 years now. The precise date of marriage is unknown, but what is known is that they have been living happily since their union.

Born as the middle son of Robert and Lois (née Saunier) Hornsby, he is a brother to Robert “Bobby” and Jonathan Hornsby. He is also cousin to David and Charlie Hornsby and a nephew of Charles Hornsby.

He became a father of twin sons in 1992; Russell and Keith (both collegiate athletes).

Bruce was born and raised in the faith of Christian Science and has remained with the faith until today.

His love for basketball has led him to attend collegiate games at Virginia regularly. He was spoke about how be beat Allen Iverson 3 times in a one-on-one game.

His brother Jonathan is known as his long-time songwriting collaborator. He co-wrote the song Sunlight Moon with his sons.