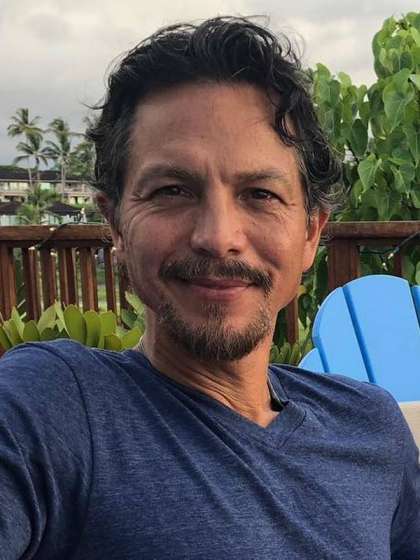 Compare your height to Benjamin Bratt

Who is Benjamin Bratt?

Benjamin Bratt is a versatile and experienced film and television actor as well as a film producer.

He received his BFA degree from University of California in 1986 and proceeded to the American Conservatory theatre for his MFA but left after a year for a spot in the 1987 TV movie, Juarez.

He starred in the film, Nasty Boys in 1989 and also followed through with his role in 13 episodes of the ensuing TV series.

Benjamin is straight and has been married to Talisa Soto since 2002 after dating for less than a year. He dated Monika McClure for 6 years from 1990 and began dating Julia Roberts in 1997 but after 4 months of making a big public appearance together, they split in 2001. He dated Jennifer Esposito briefly after.

He is the 3rd of the 5 children of Peter Sr. and Eldy Bratt with his siblings being filmmaker Peter, sisters Georgia and Nadya Bratt as well as one other unnamed sibling.

Benjamin is a Roman Catholic but he does not appear to be very religious.

Asides acting, just like his mom, he is an activist for causes such as American Indian Movement in support of Native Americans.

In high school, he was nicknamed “Scarecrow” because of his lean body frame.