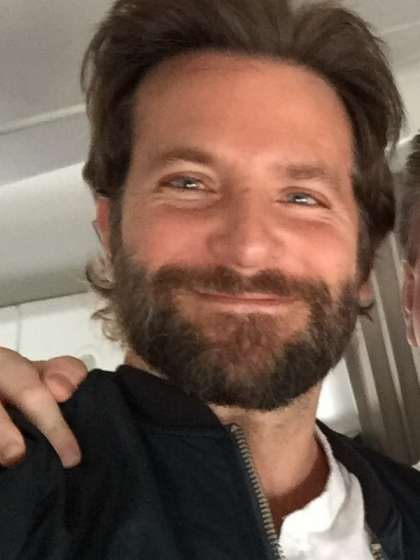 Compare your height to Bradley Cooper

Who is Bradley Cooper?

Bradley Cooper is a highly celebrated actor of Irish-Italian roots. His films have grossed over $8 billion globally.

He got a job at a Philadelphia news outlet while in high school and studied English at Georgetown University where he was part of the theatre group and rowing team.

He made a screen debut in 1999 in an episode of Sex and the City before becoming the presenter of the adventure/travel series, Globe Trekker in 2000.

Bradley is straight. He and Jennifer Esposito briefly wedded each other in 2006, divorcing 11 months later. He dated Reneé Zellweger for 2 years from 2009 and Zoe Saldana for a year soon after that. He was also with Suki Waterhouse between 2013 and 2015 before meeting model Irina Shayk whom he dated till summer 2019.

He and his big sister Holly are children of Charles Cooper and Gloria Campano. He and Irina became parents in 2017 to daughter Lea de Seine Cooper.

Born to Catholic parents (Irish dad & Italian mom), Bradley himself is a Catholic and has credited his spirituality to his father as he tried to imitate him while growing up.

Bradley is a Democrat despite portraying a conservative Republican in American Sniper.

One of his best TV shows is Kitchen Confidential. He played a head chef trying to establish his restaurant in Burnt (2015).