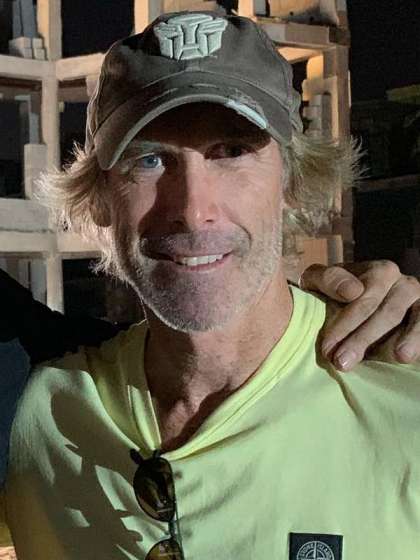 Compare your height to Michael Bay

Who is Michael Bay?

Michael Bay is undoubtedly one of the biggest 5 filmmakers in Hollywood right now with an overall gross of over $8 billion globally.

He was a teenager when he first made contact with filmmaking while interning for George Lucas. After graduating from Wesleyan where he studied English and film and earning a postgraduate degree too, he began to shoot TV ads and music videos for Propaganda films.

After winning Clio awards in 1992 & 93 for his ads for the Got Milk? campaign and Red Cross, he got invited into filmmaking by Jerry Bruckheimer in 1994.

He is also the co-owner of Platinum Dunes film company and the video house known as The Institute.

Michael is straight is not known to have been married. The only woman he is known to have had a relationship with is Jaime Bergman in 1999. He is also reported to have had affairs with a certain Taylor Wayne and a woman by the name of Houston.

He was adopted as a 2-weeks old baby by Sheldon and Harriet (née Markowitz) Bay and has a sister named Lisa Bay. He is also a cousin to Susan Bay.

Michael was raised in a Jewish family and he is still a religious man. He even had a Bar Mitzvah ceremony.

With the exception of The Rock, his films have often drawn mostly negative reviews but they have all still become major box office hits.

Although he often goes unnoticed, he makes cameo appearances in some of his films.