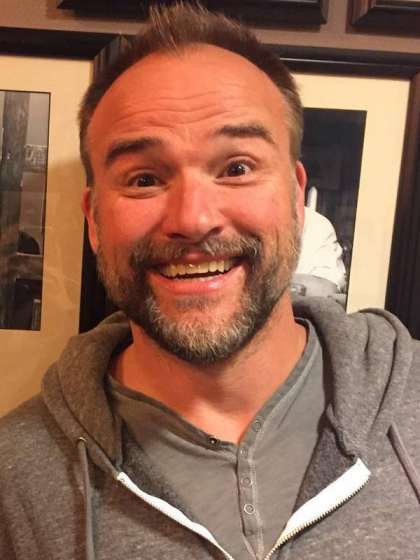 Compare your height to David DeLuise

Who is David DeLuise?

David DeLuise was born with acting genes. He has built on his acting and is now also a TV director and producer.

Born into a whole family of actors, David was inducted into the family business as early as 8 years old, making a debut in the 1979 film, Hot Stuff.

He was 12 when he was involved in his first of many on-screen family affairs by playing the son of his father’s character in TV movie, Happy in 1983.

David is straight. He was married to Brigitte Bedi in 1994 and their union lasted until 2003, falling short of a decade. In 2014, he was spotted canoodling in public with Sharon Stone and it is believed their relationship lasted until 2016.

He is born as the youngest of the 3 sons of actors Dom DeLuise and Carol Arthur with his siblings being actors Peter and Michael DeLuise.

His marriage to Brigitte produced 2 daughters; Riley and Dylan DeLuise.

Although he may not appear religious, David was born and is still a Catholic.

He has appeared in CSI, CSI: New York and CSI: Miami, playing a different character each time.

He appeared in 21 Jump Street (an episode in 1990) with his dad and brothers. Their characters were all related, except his.