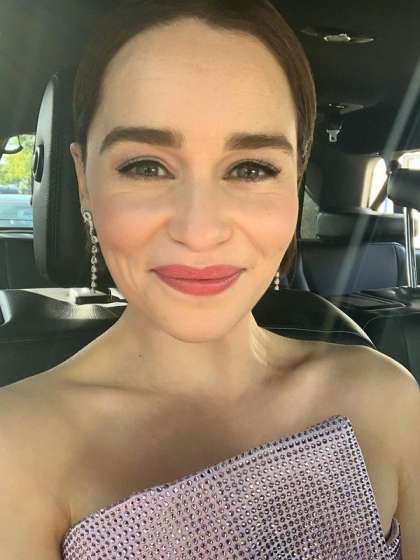 Compare your height to Emilia Clarke

Who is Emilia Clarke?

Emilia Clarke has become one of the popular actresses in England and America now. The stage and screen thespian has the beauty to match her talents for years.

Her interest in acting was piqued as early as 3 years old after watching a play, Show Boat that her dad worked behind the scenes for.

She acted in 2 school plays in high school and in 10 more while attending Drama Centre, London before graduating in 2009. Her first film was in a UCL student project titled Drop the Dog in 2009.

She needs no introduction to fans of globally famed series, Game of Thrones as the blonde, long-haired, Khaleesi Daenerys Targaryen a.k.a Mother of Dragons.

Emilia is straight and is dating Charlie McDowell, a romance they both only confirmed in October 2018.

She is the only daughter and older child of her father who died of cancer in 2016 and her mother, Jennifer Clarke. Her brother’s name is unknown.

Emilia does not quite seem religious but the only indication of religion is the fact that she attended Catholic schools while growing up.

A big fan of the Terminator film series, she remembers being star-struck and geeked out when she first met Arnold Schwarzenegger at the read-through of the 2015 film.

She says she is hardly recognized in public without her blonde wig from GoT.

She plays the guitar, flute and piano. She is also a great athlete, playing 8 different sports.