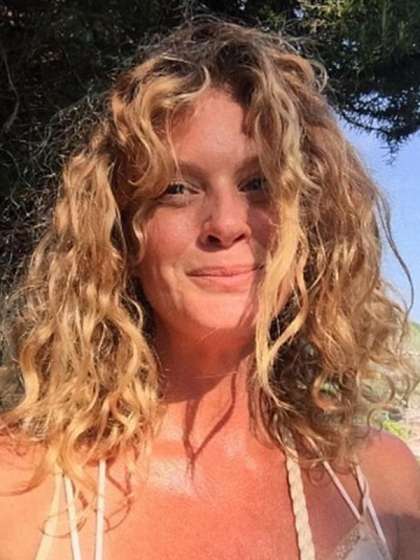 Compare your height to Rachel Hunter

Who is Rachel Hunter?

Rachel Hunter is one of the biggest entertainment icons in New Zealand. The supermodel has also had success in acting and as a TV show host.

Her childhood dreams of dancing ballet were crushed at 13 after an illness of a rare blood condition. When she was 16, she began to model as she appeared in Harper’s Bazaar and Australian editions of Vogue and Cosmopolitan. She quickly gained global fame in 1989 as a swimsuit feature on Sports Illustrated.

Some of the magazine covers she has graced include Elle, Playboy, Rolling Stone and all the magazines previously mentioned. She now hosts her own Rachel Hunter’s Tour of Beauty TV show since 2015.

Rachel is straight. She was married to Rod Stewart for 9 years until 1999 but their divorce was final in 2006. She was also engaged Jarret Stoll for a year after dating for 2 years from 2006. She also dated Kip Winger, Sean Avery, Ryan Giggs, Robbie Williams, Travis Fimmel, Bruce Willis and Mark Wahlberg.

Rachel and her sister Jacqui are daughters of Wayne Hunter and Janine Phillips who divorced when Rachel was 15. With her ex-husband, she has 2 children; daughter Renee (born 1992) and son Liam (born 1994).

She is quoted as saying she had been a Presbyterian, a born-again Christian and a Mormon by the age of 14. Her marriage in a Presbyterian church might suggest where her faith lies.

For the nude pictorial she did for Playboy in 2004, she earned a whopping $1.8 million.

In 2005, she still got to dance in Dancing with the Stars but was eliminated in the 4th week.

All body measurements above were taken from hadwickmodels.com