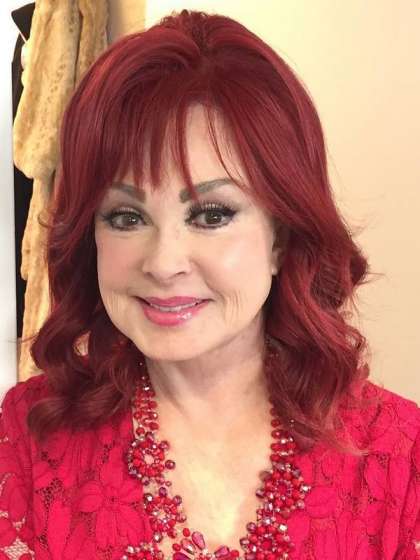 Compare your height to Naomi Judd

Who is Naomi Judd?

Naomi Judd is half of a very successful country music duo act. She is also an actress, TV personality and health activist.

She got pregnant when she was 17, so she did not graduate from high school. This caused her to seek out minimum-wage jobs to sustain her and her 2 daughters after splitting from her first husband.

She attended a nursing school and worked as a nurse through the 80s before discovering music with her daughter.

Together with Wynonna, The Judds have become one of the most popular country acts globally with 15 No. 1 hits, winner of all 3 major country music awards for 8 years in a row and 5 Grammy awards.

Naomi won a Grammy Award for writing the song Love Can Build a Bridge.

Naomi is straight. She had a brief romance with Charles Jordan in 1963, dated Michael Ciminella from 1963 and married him in 1968 but split after 4 years. She found love again in the arms of Larry Strickland in 1989 but ended in 2014.

She is born as Diana Judd, one of the 4 children of Charles Judd and Pauline Oliver. She is the mother of 2 ladies; Wynonna (born Christina Ciminella) and Ashley Judd.

Naomi is a devoted Christian. She battled severe depression and owes her recovery to her faith and trust in God.

After discovering she contacted Hepatitis C in 1990, she retired from singing to focus on treatment.

The Judd Farewell Tour became the biggest pay-per-view event ever.

She is now an activist for Hepatitis C awareness with Naomi Judd Education and Research Fund and American Liver Foundation.

She has starred in the films, An Evergreen Christmas (2014) and The Killing Game with Laura Prepon (2011).