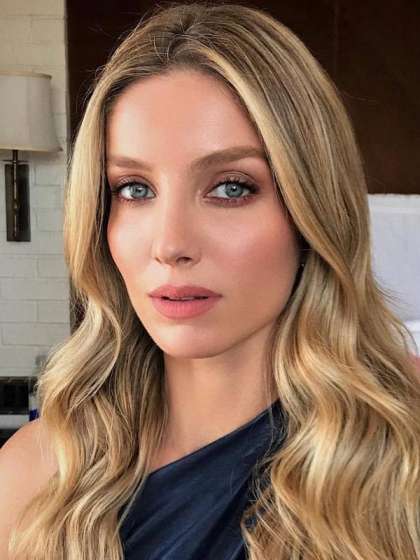 Compare your height to Annabelle Wallis

Who is Annabelle Wallis?

Annabelle Wallis is a terrific actress who has proved her mettle by starring in productions in 4 countries around the world.

She attended St. Dominic’s International School in Cascais, Portugal and grew up in the country. After high school, she began to appear in short films in Portugal before moving to London to take acting classes.

Her debut lead role in a film was in a Bollywood piece titled Dil Jo bhi Kahey in 2005.

She has starred in the paranormal horror flick, Annabelle in 2014 and its 2017 sequel. She is also famed for appearing in The Brothers Grimsby (2016), King Arthur and The Mummy (both in 2017).

Annabelle is straight and is currently in a relationship with Star Trek star, Chris Pine since 2018. This came after her 2-year relationship with singer Chris Martin ended in 2017. She was rumored to have dated Jared Leto in 2010 but was in fact dating James Rousseau in 2010 up until 2014.

Her parents’ names are unknown but she has Richard Harris as an uncle. Hence, she is a cousin of Damian, Jamie and Jared Harris.

Annabelle was raised as a Roman Catholic and appears to have still kept her faith in her adult life.

In 2018, she was pronounced as the face of the Cartier jewelry and spokesmodel for luxury watch line, Panthere de Cartier.

She is very fluent in English and Portuguese. She also has some level of proficiency in Spanish, French and Armenian.