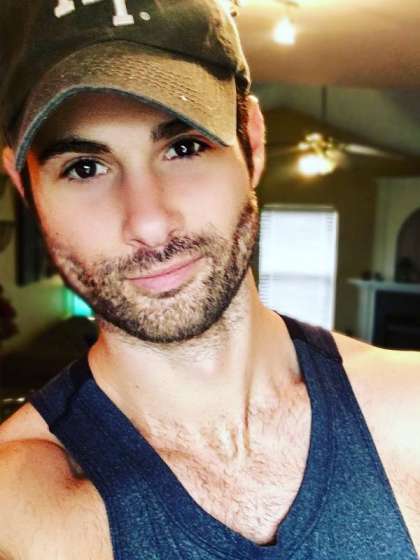 Compare your height to Chad Broskey

Chad Broskey has completely reinvented himself from his days as an actor, singer and dancer to working behind the scenes as a casting director.

He attended the Youth Performing Arts School in his birth city of Louisville, Kentucky where he studied drama and participated in various school productions.

He made his debut on the big screen aged 18, appearing in an episode of popular Disney series, The Suite Life of Zack & Cody in 2005.

He starred in an episode each of Scrubs and Wizards of Waverly Place, both in 2007 but is best remembered for starring in the films Read It and Weep (2006) and Legally Blondes (2009) as well as in the stage musical, Hairspray (2009).

He made a return to the screen in 2016, appearing in an episode of Nashville.

Chad is gay although he is said to have dated his Read It and Weep co-star, Kay Panabaker for a year from 2006.

He is now in relations with model, dancer Richard Biglia.

This information is also a mystery yet to be unsolved. He holds his privacy with every iota of wholeheartedness.

His religious beliefs and affiliations can also not be determined at the moment.

After appearing in Legally Blondes, he completely vanished into oblivion. He however made a return to Hollywood as a casting director for the 2015 film, The Ultimate Legacy.

His reason for disappearance is also yet to be revealed.