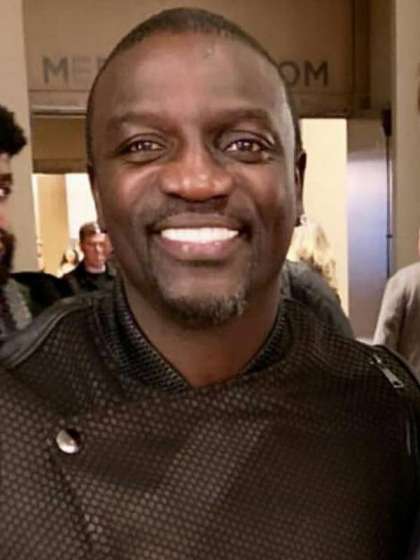 Compare your height to Akon

Akon is one of the most famous and celebrated artistes in America and Africa. He is also known as a record executive and producer, actor, businessman and philanthropist.

Growing up, he spent his childhood shuffling between Senegal and USA. By age 7, he had learned to play the guitar, djembe, drums and 2 other instruments. After some mentorship from Devyne Stephens, he released his first song, Lonely in 2004 which instantly became a worldwide hit.

Known for especial popular songs, he earned a Guinness World Record for being the artist to sell the most ringtones. Some of his songs include, Locked Up, Mama Africa, Smack That, Oh Africa (with Keri Hilson for the FIFA 2010 World Cup) and Hold My Hand with Michael Jackson.

He has also promoted artistes like Lady Gaga, Kardinal Offishall and T-Pain.

Akon is straight. He is married to 3 women but he chooses to reserve their identity. He was married to Rosina Bruck and has dated women such as Amber Rose, Celina Powell, Nicole Bahls and Rachel Ritfeld.

Named Aliaune Damala Badara Akon Thiam at birth, he is the son of Mor and Kin Thiam, he is brother to Omar and Abou (Bu who dated Tracee Ellis Ross) and sister, Khady.

With his 3 wives, he is the proud father of 6 children whose identities he fiercely guards.

The man is a Muslim who also regards himself as spiritual.

As an entrepreneur, his “Konvict” line of business includes a record label, talent management, clothing line and other business investments such as a diamond mine ownership.