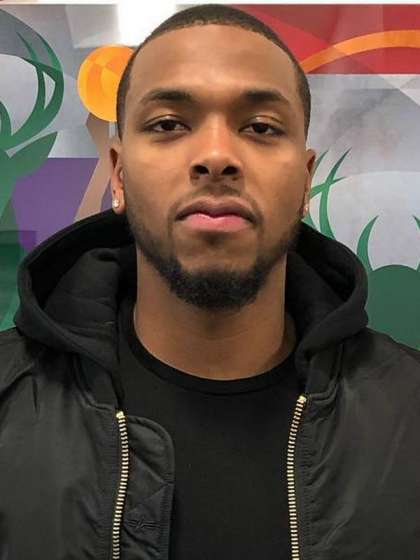 Compare your height to Sterling Brown

Who is Sterling Brown?

Sterling Brown is a pro basketballer who plays as a shooting guard and plies his trade in the NBA for Milwaukee Bucks.

He played basketball in his high school, achieving a state 2nd place in 2012 and semifinal place in 2013. He opted to play for Southern Methodist University where in his senior year, got the team to a 30 wins record with only 5 losses, averaging 13.4 points per game and second team All-AAC place.

He was a second round 2017 NBA draft by the Philadelphia 76ers but sold him immediately to Milwaukee Bucks where he recorded 4.0 points per game average in his debut NBA season.

He also grabbed headlines for his ability to name all 50 US states in just less than 30 seconds, a feat he achieved in March of 2019.

There is no information regarding his sexual preferences or his past romantic relationships available.

He is the younger son of Chris and Sandra Brown with his only brother being NBA player, Shannon Brown. This makes his a brother-in-law to singer, Monica and an uncle to their 2 kids, Shannon Jr. and Laiyah.

There is not enough information to go with but sterling does appear to have some sort of Christian belief.

In the January of 2018 at about 2 am, he was unlawfully tackled to the ground, tased and arrested by officers of the Milwaukee Police Department on grounds of resisting arrest. After a review of the officers’ bodycam, he was released and the officers given disciplinary action.