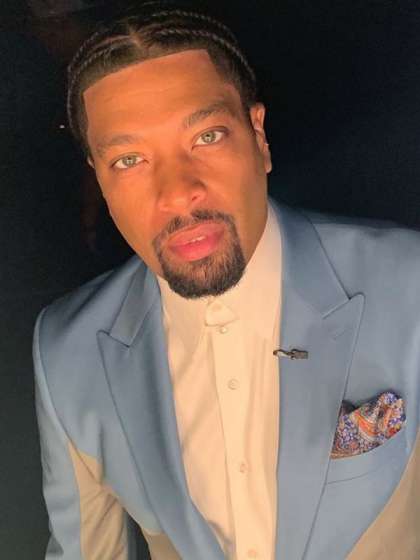 Compare your height to DeRay Davis

Who is DeRay Davis?

DeRay Davis is an experienced humorist. The American funnyman had found success both as a comedian and an actor.

He kicked off a career in comedy by doing stand-up in several clubs and open-mic events. He came to initial prominence after performing at a Laffapalooza Festival. This exposure earned him a role in Barbershop and Play’d: A Hip Hop Story, both in 2002.

DeRay is straight and is openly polyamorous. He talks about his “three-lationship” in his Living with Funny show. He is dating Coco Crawford and Caro Peguero at the same time for more than 5 years now. He was previously dating Claudia Jordan who could not stand his polyamory. He also once dated Tracee Ellis Ross.

He and his brother, Steph Jones are sons of unnamed parents. His mother worked as a DJ and his father was killed while he was dealing drugs. He has a teenage daughter, Brooke whose mother’s identity he has withheld.

Some outlets report that he is Jewish and some say he is Christian. Although the Jewish claim holds more validity, he is a non-religious man all the same.

He scored 3-peat and won the Comedy Central Laugh Riots competition before fame.

He is featured on Kanye West’s first 2 albums, doing the skits. He also appeared in his music video for Through the Wire.