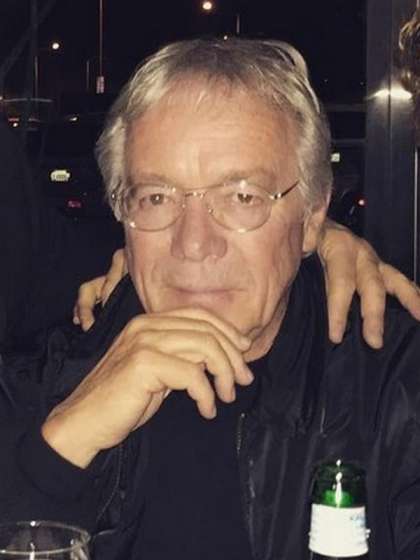 Compare your height to Christopher Cain

Who is Christopher Cain?

Christopher Cain is a filmmaking veteran. In over half a century, he has had plenty experience being an actor, writer, singer, filmmaker and film executive.

His career started in his early adulthood, joining the LA Youth Theater when he was about 21 years. After a few years on stage, he made a screen debut in the 1971 film, Room 222. He followed this up with 2 films in 1973; Emergency! and Lassie.

The chief executive of Moon Studios is famed for writing, directing and producing the controversial film September Dawn in 2007 as well as Pure Country 2 (2010), Grand Jury (1976) and A Father’s Choice (2000).

Christopher is straight. He and Sharon Thomas Cain have been married since 1969 after her split from ex-spouse, Roger Tanaka.

He adopted Sharon’s 2 sons from her previous relationship, musician Roger Cain and actor Dean Cain. He and Sharon also have a daughter born in 1973, named Krisinda Cain-Schafer. Through Dean, he has a grandchild named Christopher.

Christopher is a Christian and expresses his faith and beliefs sometimes through his films, such as September Dawn and Pure Country.

He was originally christened Bruce Doggett.

He is also a director on the board of Manex Entertainment.

In 2011, he won his first award; a Gold Award for best theatrical feature film (Christian) for the film, Pure Country 2.